Socrates was an ancient Greek philosopher considered to be the main source of Western thought. He was condemned to death for his Socratic method of questioning.

Socrates was a scholar, teacher and philosopher born in ancient Greece. His Socratic method laid the groundwork for Western systems of logic and philosophy.

When the political climate of Greece turned against him, Socrates was sentenced to death by hemlock poisoning in 399 B.C. He accepted this judgment rather than fleeing into exile.

Born circa 470 B.C. in Athens, Greece, Socrates’s life is chronicled through only a few sources: the dialogues of Plato and Xenophon and the plays of Aristophanes.

Because these writings had other purposes than reporting his life, it is likely none present a completely accurate picture. However, collectively, they provide a unique and vivid portrayal of Socrates’s philosophy and personality.

Socrates was the son of Sophroniscus, an Athenian stonemason and sculptor, and Phaenarete, a midwife. Because he wasn’t from a noble family, he probably received a basic Greek education and learned his father’s craft at a young age. It’s believed Socrates worked as mason for many years before he devoted his life to philosophy.

Contemporaries differ in their account of how Socrates supported himself as a philosopher. Both Xenophon and Aristophanes state Socrates received payment for teaching, while Plato writes Socrates explicitly denied accepting payment, citing his poverty as proof.

Socrates married Xanthippe, a younger woman, who bore him three sons: Lamprocles, Sophroniscus and Menexenus. There is little known about her except for Xenophon’s characterization of Xanthippe as “undesirable.”

He writes she was not happy with Socrates’s second profession and complained that he wasn’t supporting family as a philosopher. By his own words, Socrates had little to do with his sons’ upbringing and expressed far more interest in the intellectual development of Athens’ other young boys.

Athenian law required all able-bodied males serve as citizen soldiers, on call for duty from ages 18 until 60. According to Plato, Socrates served in the armored infantry — known as the hoplite — with shield, long spear and face mask.

He participated in three military campaigns during the Peloponnesian War, at Delium, Amphipolis and Potidaea, where he saved the life of Alcibiades, a popular Athenian general.

Plato’s Symposium provides the best details of Socrates’ physical appearance. He was not the ideal of Athenian masculinity. Short and stocky, with a snub nose and bulging eyes, Socrates always seemed to appear to be staring.

However, Plato pointed out that in the eyes of his students, Socrates possessed a different kind of attractiveness, not based on a physical ideal but on his brilliant debates and penetrating thought.

Socrates always emphasized the importance of the mind over the relative unimportance of the human body. This credo inspired Plato’s philosophy of dividing reality into two separate realms, the world of the senses and the world of ideas, declaring that the latter was the only important one.

Socrates believed that philosophy should achieve practical results for the greater well-being of society. He attempted to establish an ethical system based on human reason rather than theological doctrine.

Socrates pointed out that human choice was motivated by the desire for happiness. Ultimate wisdom comes from knowing oneself. The more a person knows, the greater his or her ability to reason and make choices that will bring true happiness.

For Socrates, Athens was a classroom and he went about asking questions of the elite and common man alike, seeking to arrive at political and ethical truths. Socrates didn’t lecture about what he knew. In fact, he claimed to be ignorant because he had no ideas, but wise because he recognized his own ignorance.

He asked questions of his fellow Athenians in a dialectic method — the Socratic Method — which compelled the audience to think through a problem to a logical conclusion. Sometimes the answer seemed so obvious, it made Socrates’ opponents look foolish. For this, his Socratic Method was admired by some and vilified by others.

During Socrates’ life, Athens was going through a dramatic transition from hegemony in the classical world to its decline after a humiliating defeat by Sparta in the Peloponnesian War. Athenians entered a period of instability and doubt about their identity and place in the world.

As a result, they clung to past glories, notions of wealth and a fixation on physical beauty. Socrates attacked these values with his insistent emphasis on the greater importance of the mind.

While many Athenians admired Socrates’ challenges to Greek conventional wisdom and the humorous way he went about it, an equal number grew angry and felt he threatened their way of life and uncertain future.

In 399 B.C., Socrates was accused of corrupting the youth of Athens and of impiety, or heresy. He chose to defend himself in court.

Rather than present himself as wrongly accused, Socrates declared he fulfilled an important role as a gadfly, one who provides an important service to his community by continually questioning and challenging the status quo and its defenders.

The jury was not swayed by Socrates’ defense and convicted him by a vote of 280 to 221. Possibly the defiant tone of his defense contributed to the verdict and he made things worse during the deliberation over his punishment.

Athenian law allowed a convicted citizen to propose an alternative punishment to the one called for by the prosecution and the jury would decide. Instead of proposing he be exiled, Socrates suggested he be honored by the city for his contribution to their enlightenment and be paid for his services.

The jury was not amused and sentenced him to death by drinking a mixture of poison hemlock.

Before Socrates’ execution, friends offered to bribe the guards and rescue him so he could flee into exile.

He declined, stating he wasn’t afraid of death, felt he would be no better off if in exile and said he was still a loyal citizen of Athens, willing to abide by its laws, even the ones that condemned him to death.

Plato described Socrates’ execution in his Phaedo dialogue: Socrates drank the hemlock mixture without hesitation. Numbness slowly crept into his body until it reached his heart. Shortly before his final breath, Socrates described his death as a release of the soul from the body. 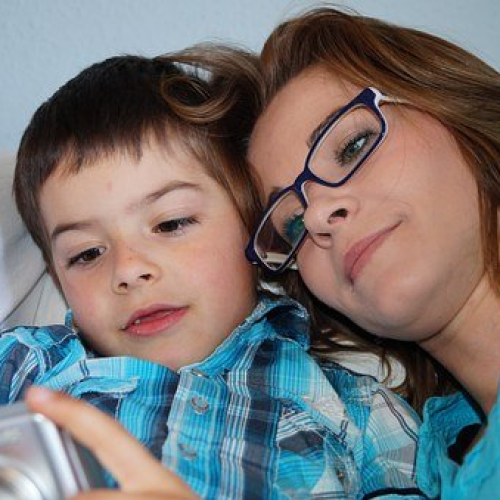